Antivirus – software that scans a device or a network to detect security threats, alert you, and neutralize malicious code.

Authenticator – a method of how a user can prove his/her identity to a system. It can be a password, a fingerprint, a face scan.

Blacklist – a list of emails or other service providers that spread spam messages. Blacklists help users and companies to prevent the flood of unwanted messages.

Backup – a copy of physical or virtual data so in case they are being deleted or lost user could easily recover it. Works as a part of a data loss prevention plan.

Catfishing – when someone uses a social network to create an account with a fake identity to deceit a concrete person.

Cloud – computing recourses that make it available to access your files and services through the internet from any point in the world. It is possible thanks to a network of computers that provide storage and computing capabilities by the request.

Data Loss Prevention (DLP) – the complex of security measures, related to detecting and preventing data loss and cyberattacks. DLP is included in the organization policy, but individuals must also use this strategy to keep all data safe during ransomware or malware attack.

Data encryption – a way to secure private information by encoding it so no third parties could watch or access it. To read the encoded (encrypted) file, you must decode it by using a decryption key.

Data protection – a set of methods aimed to safeguard private information from getting into the wrong hands.

Exploit – a weak spot in a computer system, which can be used to attack this system.

Group Authenticator – used to allow access to specific data or functions that may be shared by all members of a particular group.

Honeypot – a technique that is aimed to distract hackers with a fake target (a computer or data) and make them pursue it instead of the real one. It helps to secure a high-value target and observe hackers’ main techniques to learn from them.

IP Address – an address that identifies the connection between your computer and the network provider. Your computer can have multiple IP addresses depending on the number of networks it connects to. Also, multiple computers can have one IP address if they are connected to the same provider in the same area, like in cafes or at home.

Identity check – a set of actions (a password, a fingerprint, or a face scan) designed for verification of someone’s identity.

Insider threat – a threat to the company’s data integrity that is coming from someone within the organization, usually an employee or another insider.

Patch – a regular system update that is designed to cover security blunders that have been discovered.

ReCAPTCHA – a system invented by Google that uses a Turing test to establish if a user is a human or a robot. It is used by websites to prevent bots from spamming.

Virtual Private Network (VPN) – technology that extends a private network and all its encryption, security, and functionality across a public network. With it, users can send and receive messages as if they were connected to a private network.

Malware and Ransomware
Adware – Software that automatically displays or downloads material when a user is offline.

DDoS (denial-of-service attack) – a type of cyber attack that makes the site user wants to visit unusable by flooding it with malicious traffic.

Malware (malicious software) – a malicious code that is designed to harm computers and systems. There are many types of malware programs with different goals: to steal or delete user’s information, to steal computing capacities, to spy or to destroy a program.

Password Sniffing – a method that used to find out a password by monitoring traffic on a network to pull out information.

Phishing – a wide range of scams when someone impersonates themselves as trustworthy entities in an attempt to obtain information. For example, a user can receive an email from “Google” asking them to click the link and type their login and password, or credit card information in the empty fields.

Ransomware – a type of malicious program (malware) that encrypts data so the victim can’t access it without the decryption key. To get one, the victim must pay a ransom, usually within a designated period. You can see how ransomware looks below.

Ransomcloud – a special type of ransomware, designed to encrypt cloud emails and attachments.

Rootkit – a type of malware that is used to seep into the system and steal company information. It can be very thicky to detect because the malware gains control over the operating system and disguises itself. Some companies detect data leaks after months or even years.

Social Engineering – a set of means intended to trick people into giving out sensitive information like banking and credit card details, personal information. Criminals impersonate themselves as someone trustworthy and use the seemingly legitimate pretext to make a user share data.

Spyware – malware that spies on the computer to collect information about a product, a company, a person. The goals can be different – to sell this information to those who may benefit from it, like the advertisers, competitors, data companies; to obtain the banking information and passwords, and so on. The most widespread spyware are keyloggers and trojans.

Trojan – A form of malicious code that looks like a legitimate file, program, or application, but actually is designed to control the user’s computer and data. It is usually hard to detect until the damages and losses are significant. It can delete, spy, and ask for money for seemingly rightful reasons.

Virus – a type of malware that is aimed to infect and harm a file, a system, or a network. The virus program is usually attached to a harmlessly looking file or app, which eliminates the suspicion by making it look valid and safe. Some viruses can replicate themselves.

Worm – a type of self-replicating malware that, when infected on a computer, is aimed to spread across the network to infect others. A worm can multiply itself to “eat” a computer’s resources, or be sharpened to steal and delete user’s data, and provoke general havoc in the system. Worms arrive through system vulnerabilities or clicking on malicious attachments.

Help Desk: (501) 812-2780 (IT Services recommends for the best results that individuals are in the presence of the device/application assistance is needed with prior to calling.)

Submit an IT Ticket: uaptc.edu/it-services-ticket 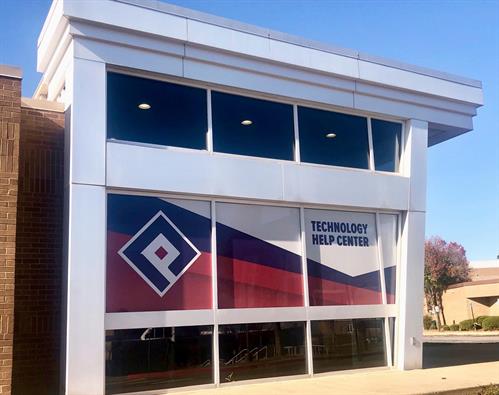