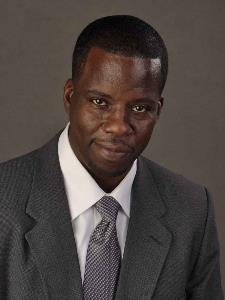 UA-PTC graduate Toby Daughtery is a highly sought-after motivational speaker, who happily shares the story of his troubled youth and his rise from a life of crime with the intent of helping others reshape their futures.

The North Little Rock native was transformed by his pursuit of higher education and his decision to enroll at UA - Pulaski Tech.

“UA - Pulaski Tech opened the door and the instructors opened their hearts to me. My instructors saw something in me that was genuine and they knew I was sincere about getting an education,” he said.

Toby grew up in Dixie Addition, a small community in North Little Rock. His grandmother took care of him until he was 10, and then Toby’s mother, a single parent, raised him single-handedly during his teenage years, along with his four brothers and two sisters. As a teenager and young man, Toby became involved in selling drugs and was incarcerated three times.

Finally, he made a promise to his family that he would turn his life around.

“When I reinvented myself, I went back to the original me and rediscovered my love for reading, writing, and art,” he said.

He enrolled at UA - Pulaski Tech, received a Fine Arts scholarship and graduated with honors in the spring of 2009 with an Associate of Arts.

Along the way, Toby began sharing his success story. In 2010 he delivered the keynote address, “When All Roads End, Build a Helicopter,” during the opening sessions of the Achieving the Dream Strategy Institute on Feb. 8 in Indianapolis, Ind. He was the first student keynote speaker in the history of the annual event, and he captured the attention of more than 1,400 people from community colleges across the nation.

In fall 2009, Toby received the Shelby Breedlove Scholarship to attend UA LR where he graduated in 2012 with a Bachelor of Science in Sociology with a minor in creative writing.

Toby has dedicated his life to helping decrease the number of people going to prison and to help increase the number of students entering college. He wants to someday start a not-for-profit organization to help disadvantaged youth ignite and embrace their creative passions.

“I have seen too many people go to prison or die from life on the streets. Some people tell me, ‘College isn’t for everybody,’ and I answer ‘Neither is .’ My passion is to see more kids in college and fewer in trouble incarcerated or in the graveyard,” said Toby. 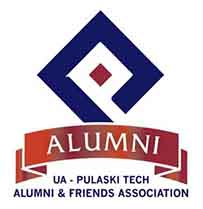