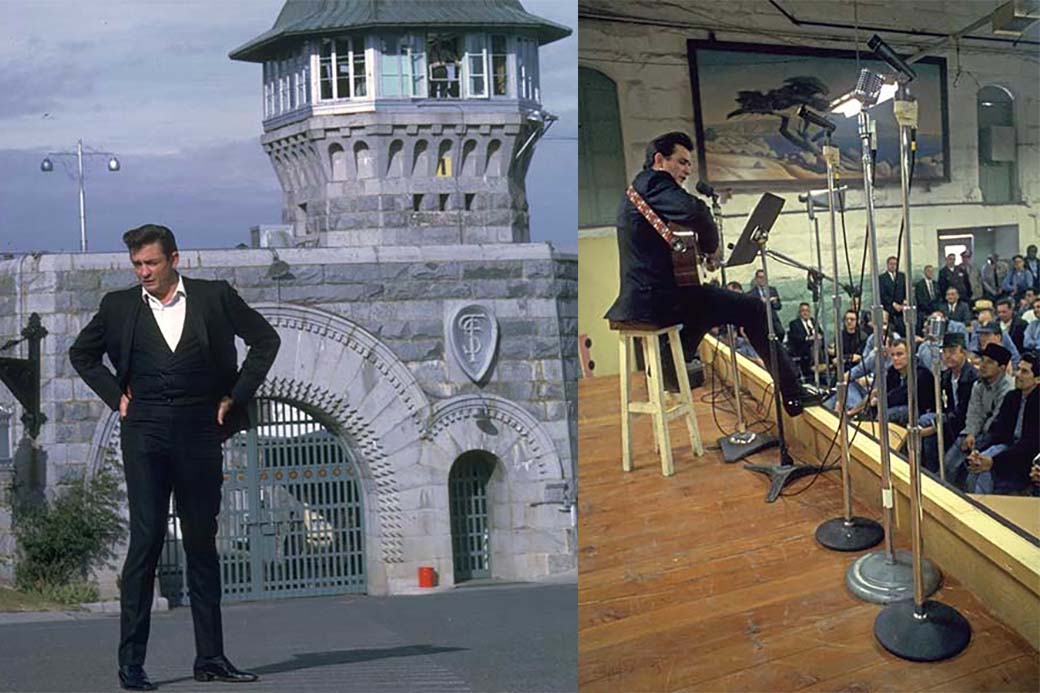 1968: A Folsom Redemption, a collection of photographs and memories of two journalists lucky enough to be among a handful of eyewitnesses to the historic Johnny Cash concerts at Folsom Prison, will be on display at the UA-PTC Windgate Gallery July 15 to Aug. 11, at The Center for Humanities and Arts (CHARTS) at University of Arkansas Pulaski Technical College, 3000 W. Scenic Drive, in North Little Rock, Ark.

In January 1968, Johnny Cash was at a crossroads. His music career, in a slow decline for several years, needed a smash hit. He had recently straightened out his personal life, and leadership changes at his record label meant he was able to finally convince them of the merits of a live recording in a prison setting. Cash had been performing for inmates as far back as 1957, when he received a stream of requests from prisoners who identified with the man who sang “Folsom Prison Blues.” This connection developed with prisoners during these concerts had made him increasingly sympathetic to those he would later call “the downtrodden.”

Working as freelance journalists, photographer Dan Poush and writer Gene Beley met with Cash and his family the day before the concerts began, at the invitation of Reverend Floyd Gressett, a friend of Cash’s who ministered to inmates and helped set up the show at Folsom State Prison with Recreation Director Lloyd Kelley. After practicing the set with the Tennessee Three at Hotel El Rancho the night before, on January 13, 1968, Cash, along with opening acts Carl Perkins and the Statler Brothers, performed two separate shows in the dining hall at Folsom. Notable for capturing Cash’s ability to connect with his audience, the recordings crackled with the excitement of an adoring crowd. The resulting album, At Folsom Prison, was released four months later to critical and popular acclaim.

Beley’s first-person account of those days, and his knowledge of the storylines at work behind the scenes, make this a fascinating exploration of the little-known aspects of a well-known event in popular culture. 1968: A Folsom Redemption takes the viewer right into the heart of this pivotal moment in the life and career of one of the twentieth century’s most important and cherished musical personalities.

For the first time ever, this travelling road show collection of thirty-one photos features a wide range of intimate photos with friends and family to a backstage meeting with country music legend Merle Haggard with the Man in Black. This exhibition highlights Cash’s golden era from the January 1968 Folsom prison album recording to a March 1, 1969 concert in Anaheim, California when he was getting ready to launch his network television show.

The exhibit has travelled nationally, including at the Dyess Colony: Johnny Cash Boyhood Home in 2021