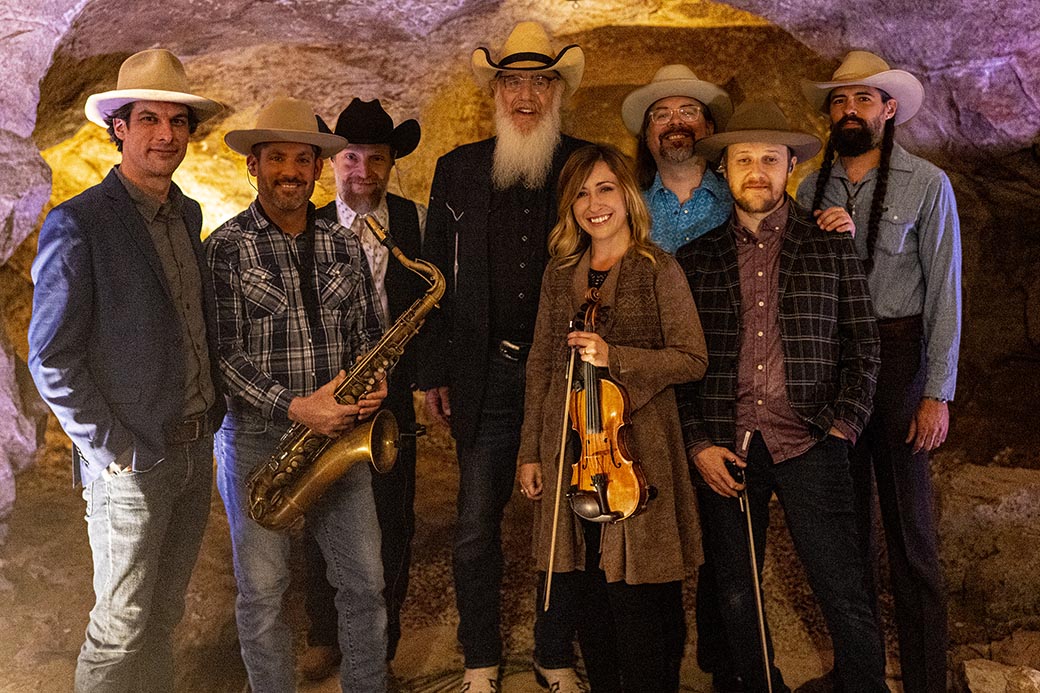 Veteran western swing group Asleep at The Wheel will still celebrate the 50th anniversary of their founding with a performance at the UA-PTC CHARTS Theater, now rescheduled for Thursday, May 5, 2022 at 7:30 p.m.

The concert was originally scheduled for Oct 28, 2021, but was postponed because of the ongoing pandemic. Previously purchased tickets will be honored for the new date. Tickets range $20 - $75 and can be obtained on the venue website at uaptc.universitytickets.com/w.

Founded in 1970, Asleep at the Wheel has been part of the American roots music landscape for more than 50 years. Although the band got its start on a farm in Paw Paw, West Virginia, Asleep at the Wheel became a cornerstone of the Austin, Texas, scene upon its arrival in 1973. Inspired by Western swing and honky-tonk country, the band has received 10 GRAMMY® Awards, was cited by the Country Music Association as the 1976 Touring Band of the Year, and was given the 2009 Lifetime Achievement Award by the Americana Music Association. They have released 31 albums and charted more than 20 singles on the country charts.

The Center for Humanities and Arts (CHARTS) is located at UA–Pulaski Technical College’s Main campus at 3000 West Scenic Drive in North Little Rock, Ark. Opened in 2016, the 90,000 square-foot facility houses a 456-seat proscenium theater for concerts, theater performances, recitals and other events. In addition, CHARTS houses the Windgate Gallery for art exhibits. The CHARTS lobby and the adjacent Performance Studio are popular rental spaces for receptions and events. www.uaptc.edu/charts. For more information, contact Kurt Leftwich, CHARTS Programming and Box Office Coordinator at [email protected] or (501) 812-2831.