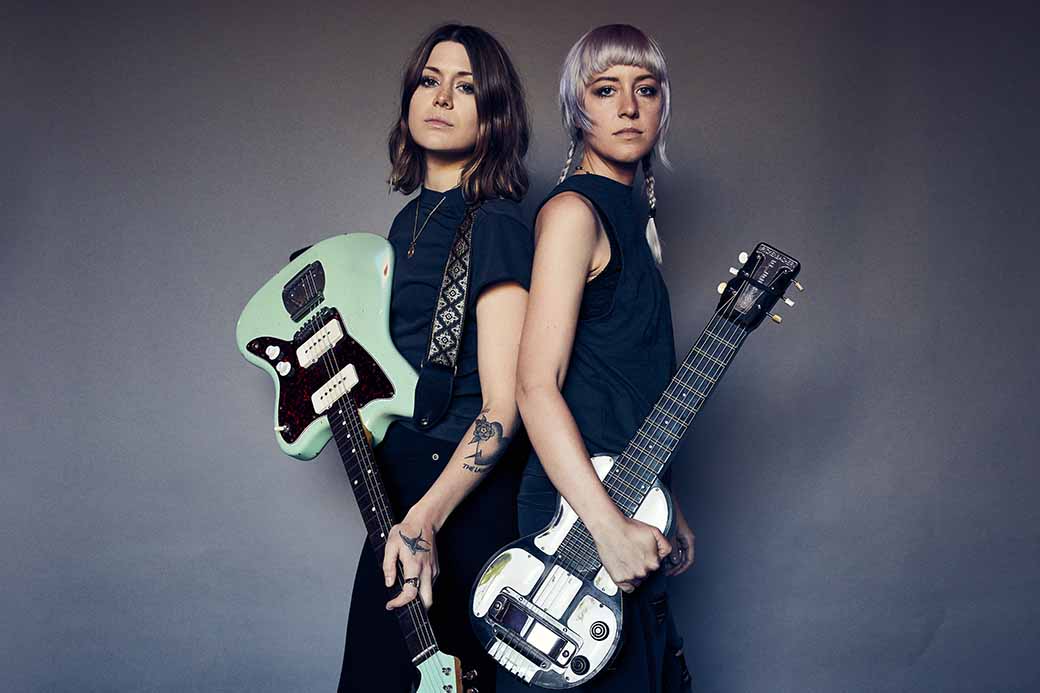 The concert was originally scheduled for March 14, 2020, as well as later dates in August 2020 and March 2021, but all the dates were postponed because of the ongoing pandemic.

Previously sold tickets will be honored for the new date. More tickets may be released at a later date, depending on whether COVID-19 capacity restrictions are relaxed or not.

“We’re thrilled to be able to keep this date, since the band has only gotten more popular during the pandemic,” said CHARTS Box Office Coordinator Kurt Leftwich. “We’ll have a socially-distanced show if necessary, but we all hope that we can release more tickets and sell the show at full capacity. Time will tell.”

For more information go to CHARTS Box Office or call (501) 812-2831. The venue website is www.uaptc.edu/charts. The Center for Humanities and Arts (CHARTS) is located at UA–Pulaski Technical College’s Main campus at 3000 West Scenic Drive in North Little Rock, Ark.

Rebecca and Megan Lovell of Larkin Poe are singer/songwriter, multi-instrumentalist sisters creating their own brand of gritty, soulful, distinctly southern rock and roll. Their fourth record, Venom & Faith, released in 2019 on Tricki-Woo Records, was nominated for a GRAMMY® Award.

Steeped in the traditions of Southern roots music, the Georgia-bred, Nashville-based duo’s performances showcase their mastery in orchestrating, harmonizing, and breathing new life into the musical heritage of their upbringing. 2017’s Peach, which was nominated for a Blues Music Award for Best Emerging Artist Album, was recorded and produced entirely by the sisters along with their engineer Roger Alan Nichols. Peach featured a mix of original songs and covers like Lead Belly’s “Black Betty.” The making of Peach unlocked a gateway into Rebecca and Megan’s newfound confidence in their art and their history.

The group’s crowd-pleasing performances and stellar studio work is augmented by a bit of marketing genius that’s born of their appreciation for their musical forbearers as well as a knack for innovative use of down time as they tour. The band’s “Tip o’ the Hat Video Series” features familiar cover tunes by artists ranging from Aerosmith, Rod Stewart, and Tom Petty to blues icons Son House, B.B. King, and Howlin’ Wolf. Their cover of Chuck Berry’s Johnny B. Goode has garnered more than 800,000 views.