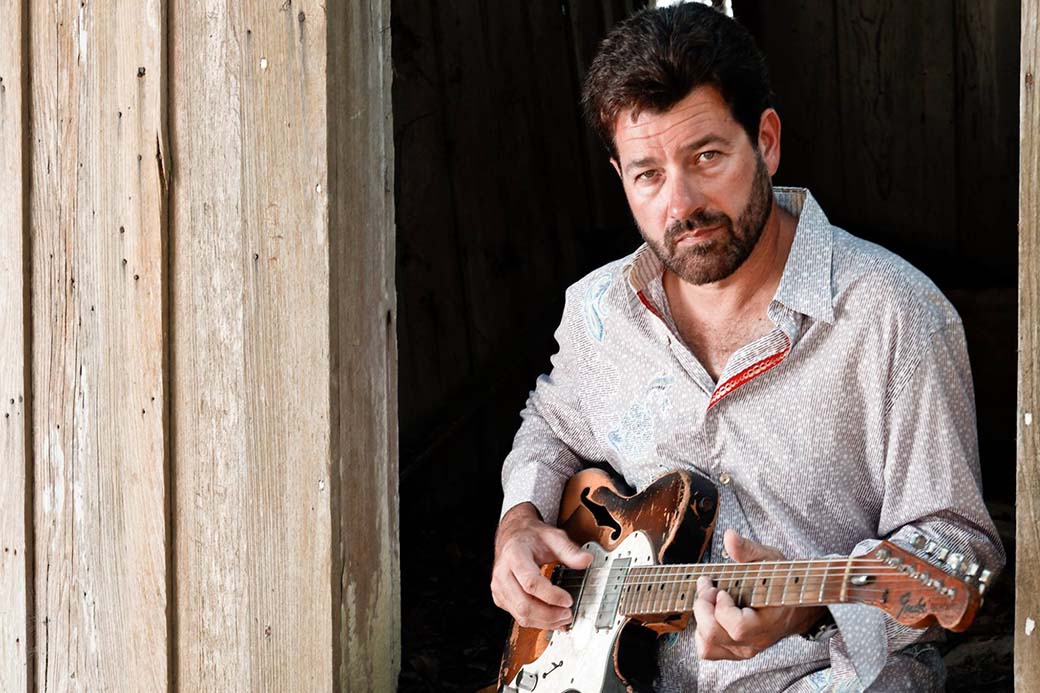 Tab Benoit’s blues was born in Cajun country, in the swamps of the Louisiana coast. He grew up in a musical home and was performing professionally in Baton Rouge and New Orleans by the late 1980s. His first record, Nice and Warm (1992), evoked comparisons to masters of the genre like Albert King, Albert Collins, and even Jimi Hendrix. Through his 30+ year career, he has released sixteen albums and spent countless miles on the road all over North America and elsewhere.

Benoit’s career has remained on a steady upward trajectory, but he has never strayed far from the gritty and soulful Delta swamp blues that his fans expect. He has garnered five Blues Music Awards, including BB King Entertainer of the Year (twice) and an induction into The Louisiana Music Hall of Fame.

His accomplishments as a musician are matched only by his devotion to the environmental health of his native Louisiana wetlands. Following the release of his Wetlands record in 2004, Benoit founded the Voice of the Wetlands non-profit organization (www.voiceofthewetlands.org) to raise awareness about the severe erosion of coastal Louisiana. He put together an all-star band that featured Cyril Neville, Anders Osborne, George Porter Jr, Big Chief Monk Boudreaux, Johnny Vidacovich, Johnny Sansone, and Waylon Thibodeaux that became The Voice of the Wetlands All-Stars, who have released two CDs and performed benefits for the cause.

The Center for Humanities and Arts (CHARTS) is on the University of Arkansas-Pulaski Technical College Main Campus in North Little Rock. Opened in 2016, the 90,000 square-foot facility houses a 456-seat proscenium theater for concerts, theater performances, recitals and other events. In addition, CHARTS houses the Windgate Gallery for art exhibits. The CHARTS lobby and the adjacent Performance Studio are popular rental spaces for receptions and events. For more information, contact Kurt Leftwich, CHARTS Programming and Box Office Coordinator at [email protected] or (501) 812-2831.