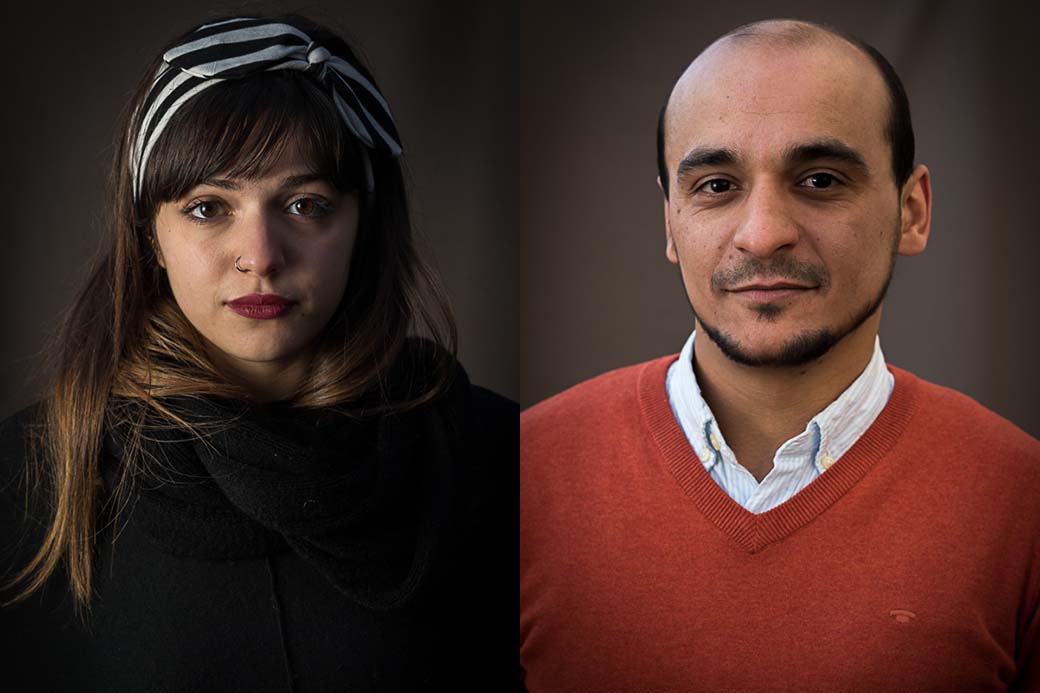 The Faces of Syrian Refugees, a photographic exhibition by Michael Cohen depicting intimate portraits of resettled Syrian refugees, will be on display at UA-PTC Windgate Gallery Jan. 13 – April 4, 2020, at The Center for Humanities and Arts (CHARTS) at University of Arkansas Pulaski Technical College, 3000 W. Scenic Drive, in North Little Rock, Ark.

An opening night program and reception with Lena Albeik, a Syrian immigrant and teacher, will be held on Friday, Jan. 24, 6 - 8 p.m., in the CHARTS lobby.

Music will be provided by Finger Food, featuring acoustic guitarists Steve Davison and Micky Rigby. The reception and exhibit are both free and fully accessible to the public.

About The Faces of Syrian Refugees

After a 25-year hiatus, Michael Cohen decided to return to the world of photography with a deep seeded need to use his camera as a tool to contribute to his community.

In 2013, he ran an ad in a non-profit journal offering his services to help organizations tell their story through photography. Michael worked with a dozen non-profits in fields ranging from education to felon rehabilitation to inner city youth. During this time, Michael Cohen watched with horror as the Syrian war escalated and the refugee crisis reached unimaginable proportions.

“After seeing a presentation about a Syrian refugee camp in Jordan, it hit me. What do we really know about Syrian refugees?” Michael recalled. “Sure, we see them trying to flee a war torn country and we see the despair in their eyes. But so many people are unwilling to allow Syrian refugees to resettle in their country.”

An idea formed, to travel and meet successfully resettled Syrian refugees, photograph and interview them.

Since the war began in 2011, millions of Syrians have been displaced from their homes, and their country. You’ve already seen some of the tragic images of Syrians desperate to get out. What you haven’t seen is what happened next.

The Faces of Syrian Refugees profiles twenty Syrians who fled their war-torn homeland and resettled in new countries in Europe and North America. They have new homes and are building new lives. They come from all walks of life and now are engaged in everything from teaching art classes to museum docents to conducting a Syrian expat orchestra. The untold story of the Syrian refugee crisis unfolds before your eyes as you walk through The Faces of Syrian Refugees.

The exhibition consists of 20 subjects, exhibited as life sized tri-fold panels with color portraits and Proust Questionnaire style interviews that offer an intimate visit with a Syrian refugee. Each tri-fold panel features one refugee. The Faces of Syrian Refugees is organized by art2art Circulating Exhibitions.