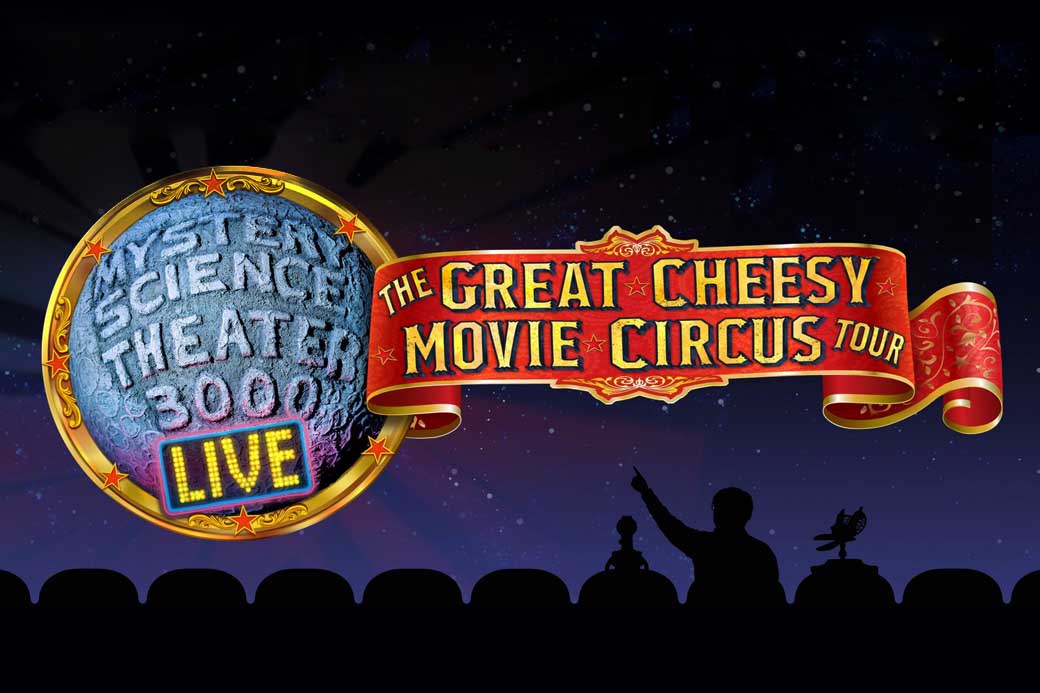 UA – Pulaski Tech will present the award-winning TV comedy Mystery Science Theater 3000 Live Monday, Nov. 18 at 8 p.m. at the Center for Humanities and Arts. Tickets are - $20 - $75 and can be purchased online at www.uaptc.edu/charts.

MST3K Live 30th Anniversary Tour features, for the first time in 25 years, original host Joel Hodgson, the creative vision behind the beloved TV and Netflix comedy series for more than three decades, in his final live tour. Alongside new MST3K host Jonah Heston (Jonah Ray), Joel, Jonah and the Bots will bring new movies and all new riffs and sketches live to the stage.

Following the wildly successful “Watch Out for Snakes! Tour” in 2017 and “30th Anniversary Tour” in 2018, Hodgson will don the red jumpsuit one final time as Joel Robinson to host Mystery Science Theater 3000 Live: The Great Cheesy Movie Circus Tour alongside the world’s greatest – and only – movie riffing robots, Tom Servo, Crow, and Gypsy. The show gives fans the chance to sit in the same theater with their favorite characters and promises all of the MST3K signatures and rapid-fire hilarity that have built MST3K’s loyal following over more than 30 years: a cheesy B-movie, hilarious riffing, wisecracking robots, silly sketches, and Hodgson in the red jumpsuit as host Joel Robinson.

“This is our third national tour, and it’s bigger than the first two combined!” said Hodgson. “I really wanted to do something special since it’s my farewell tour with MST3K Live. Also, Tom, Crow, and Gypsy have become such great live performers, I decided to give them the ultimate challenge: a movie riffing robot circus!”

“MST3K contains some of the HIPPEST, deepest SATIRE of the generation.”
– Los Angeles Times

Premiering in 1988 on KTMA-TV in Minneapolis, MST3K has earned its place in history as one of the Top 100 TV Shows of all time (Time, Rolling Stone, Entertainment Weekly), receiving multiple Emmy® nominations, and a Peabody Award along the way. Following a record setting Kickstarter campaign, the series was revived in 2017 with all new episodes now streaming on Netflix.