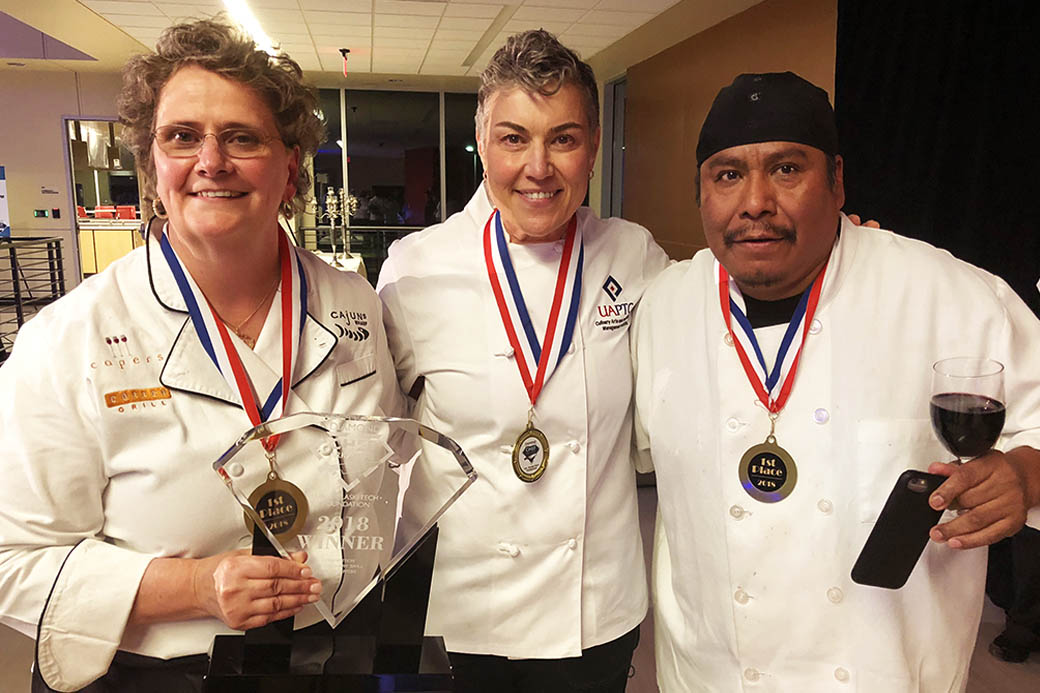 Chef Mary Beth Ringgold bested six other local chefs on Thursday night for the title of 2018 Diamond Chef Arkansas. This is back-to-back wins for Ringgold, who will now be entered into the Diamond Chef Hall of Fame as a two-time Diamond Chef Champion and won't be able to compete again in the event. Ringgold is a restaurateur and entrepreneur with a long history of success in central Arkansas, owning Cajun’s Wharf, Copper Grill, and Capers.

Other chefs that completed in the competition included:

More than 600 people attended the fast-faced culinary competition, sponsored by the UA - Pulaski Tech Foundation and held at the college’s Culinary Arts and Hospitality Management Institute. The evening included a live-action competition from seven of the best chefs in Arkansas. Heavy hors d’oeuvres, specialty cocktails, live and silent auctions, and new activities such as virtual reality and “sugar rush” rooms were available to all attendees of the event.

The first six chefs competing in the first round had the secret ingredient of flank steak presented to them immediately before they were required to prepare a dish featuring the ingredient. The first three chefs eliminated from the competition were Casey Copeland, Coby Smith and Jamie McAfee. The other chefs proceeded to the final round to take on Ringgold in the finale.

Ringgold worked with sous chefs Alicia Watson, a UA-PTC culinary student, and Franco Reta. The chefs' culinary creations were judged on plate presentations, creativity and taste. Chef Jordan Davis was the runner up to Ringgold in the finale. The scores were extremely close as Davis had a combined score of 329 and Ringgold scored a total of 334.

Ringgold described her dish as “leg of rabbit, pan seared and finished in a hot oven, served atop parmesan flan with a hint of truffle oil, topped with sautéed spinach and wild mushroom ragout; complimented with fresh basil and thyme goat cheese filled zucchini and squash medallions and finished with a blackberry- brandy reduction.”

Approximately $100,000 was raised for the event which will be used to support the students and programs at UA – Pulaski Technical College.

The date is already set for next year’s 12th Annual Diamond Chef Arkansas on Thursday, April 11, 2019.