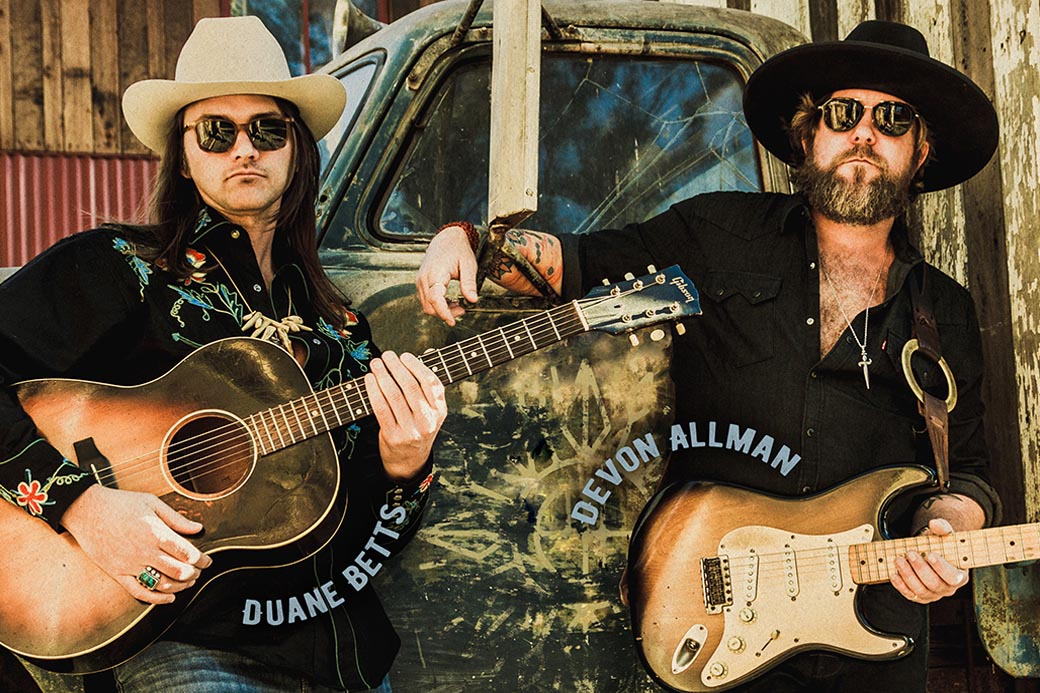 Allman Betts Band to perform in concert at UA-PTC

The Allman Betts Band will perform in concert Saturday, April 27, 2019 at 7:30 p.m. at The Center for Humanities and Arts (CHARTS) at UA–Pulaski Technical College’s Main campus. Roots rock singer-songwriter JD Simo will open the show.

After a successful year touring as The Devon Allman Project with special guest Duane Betts - the sons of Gregg Allman and Dickey Betts are joining forces to form The Allman Betts Band.

They will kick off 2019 with a new Allman Betts Band album and a worldwide tour that will feature new music, songs from their solo projects and classic Allman Brothers and Gregg Allman tunes in honor of the 50th Anniversary of The Allman Brothers Band. The new album, which is slated to be released in the Spring of 2019, will be produced by Matt Ross-Spang (Jason Isbell, Margo Price, John Prine and Elvis Presley).

Additionally, Brotherhood of the Light, the "original San Francisco psychedelic show" will be providing visuals and lighting for the evening. Brotherhood of Light has worked with The Allman Brothers, Grateful Dead, Jefferson Airplane, Jimi Hendrix, The Doors, Led Zeppelin and The Who among others.