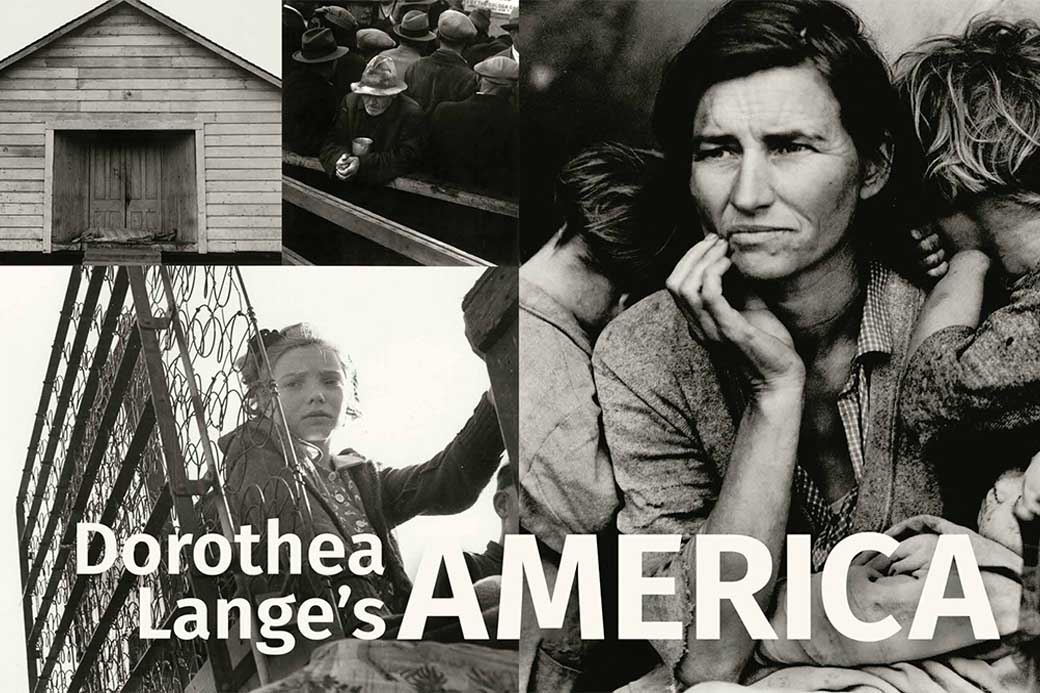 Highlighting this show are oversized exhibition prints of her seminal portraits from the Great Depression, including White Angel Breadline, Migratory Farm Worker, and, most famously, Migrant Mother – an emblematic picture that came to personify pride and resilience in the face of abject poverty in 1930s America.

The exhibit is free of charge at Windgate Gallery at The Center for Humanities and Arts (CHARTS) at the Main Campus in North Little Rock. The exhibit can also be viewed virtually at the following: Virtual Tour: Dorothea Lange’s America Exhibit

Lange herself had known adversity early in life. At age 7, she was stricken with polio, which left her with a lifetime limp. And at age 12, her father disappeared from the scene, leaving an impoverished household behind. Every day, she would ride the ferry with her mother from Hoboken to lower Manhattan, to a roiling working-class neighborhood teeming with immigrants.

During that period, Lange talked her way into photo courses with a range of teachers as diverse as Arnold Genthe and Clarence White. In 1918, she moved to San Francisco where she befriended the photographers Ansel Adams and Imogen Cunningham, and, through them, the celebrated Western painter Maynard Dixon, who became her first husband. She soon opened a thriving portrait studio that catered to San Francisco’s professional class and monied elite. But with the crash of 1929, she found her true calling as a peripatetic chronicler of the many faces of America, old and young, urban and rural, native-born and immigrant, as they dealt with unprecedented hardship, sometimes with resilience, often with despondence. Her immortal portraits seared these faces of the Depression era into America’s consciousness.

COVID-19 prevention measures including social distancing and face masks are in effect for all persons on UA – Pulaski Tech. Gallery capacity will be limited to six people at a time. Windgate Gallery hours are 10 a.m. - 6 p.m. Monday through Thursday; 10 a.m.-5 p.m. on Fridays; and 10 a.m.-2 p.m. Saturdays. Admission is free and open to the public. All times are subject to change as the college will abide by state mandates and practice the necessary steps to keep visitors safe.