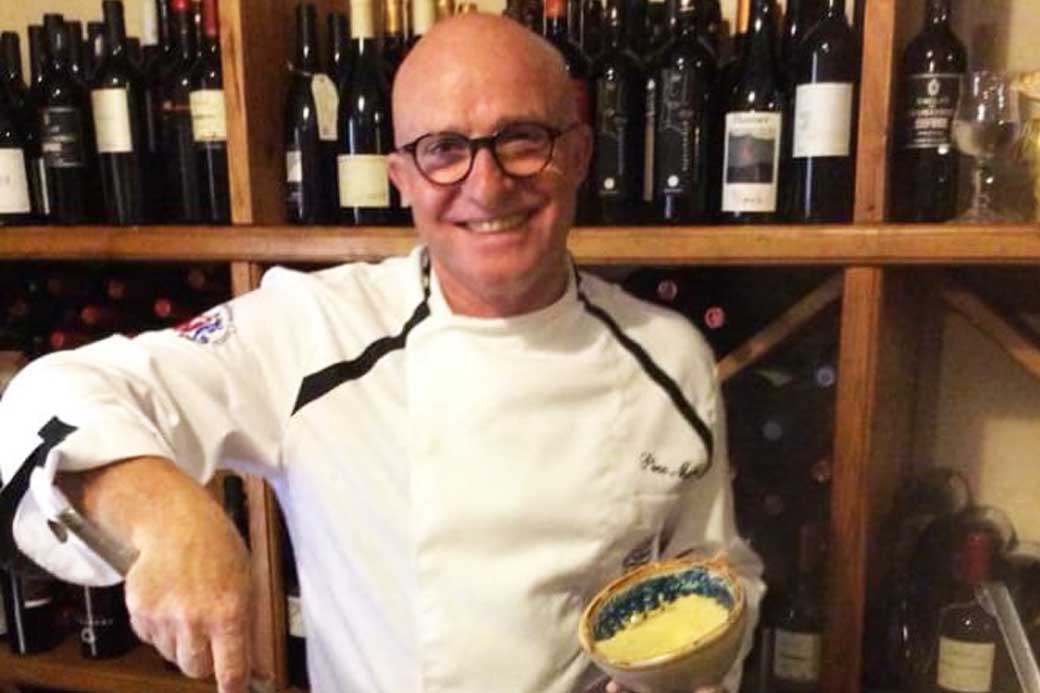 His visit is part of Arkansas-Italian Food and Culture Festival.

Giuseppe Maggiore, known as Pino, born in 1959, began working at the Cantina Siciliana of Trapani by the age of six until he became the owner and patron in 1980. Chef, Sommelier, and renown ambassador of Trapani cuisine and the art of preparing fish couscous all over the world, participating in events and exhibitions (Salone del Gusto, Expo, A Mediterranean Flavor Odissey - Words of Flavor organized by The Culinary Institute of America, Foodex) and as a guest of television broadcasts, magazines and national and international newspapers.

He teaches as an external expert at the State Professional Institute for Commercial, Touristic and Social Service, Gesualdo Bufalino in Trapani and at the I.P.S.A.R.I. e V of Erice, Casa Santa and from October 2018 he is President of the Trapani Restaurateurs Association.

His trattoria is listed in the main food and wine guides around the world and, for many years now, He has been awarded the prestigious snail by Slow Food with which Pino collaborates continuously.

As a part of Arkansas-Italian Food and Culture Festival, La Squadra (The Team) will host a delegation from Palermo, Sicily to explore a potential sister city relationship with Little Rock. During the four-day visit, the Sicilian delegation hopes to build business, agricultural, and cultural interests and to promote tourism between the two lands. Other activities include touring Arkansas food and cultural landmarks and meetings with local leaders at the Little Rock Convention and Visitors Bureau, and key members of the Sister City Commission.

“The visit is the beginning of a business and cultural exchange that could ultimately benefit both Palermo, Sicily and Little Rock, Arkansas,” said Margie Raimondo, local chef and farmer. "We are honored to host these delegates and look forward to showing them what makes Little Rock a great place to live, work and invest."