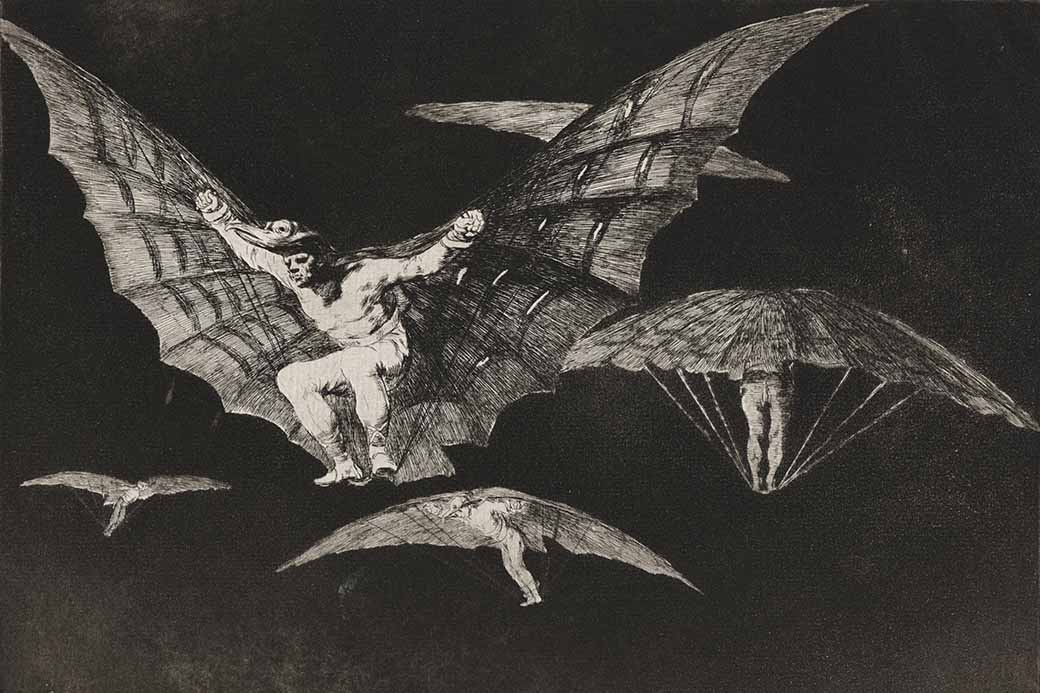 CHARTS to present Fear and Folly Goya and Castellon exhibit

September 16, 2019
Fear and Folly: The Visionary Prints of Francisco Goya and Federico Castellon will be on exhibit at UA-PTC Windgate Gallery Oct. 11 – Dec. 13, 2019, at The Center for Humanities and Arts (CHARTS) Windgate Gallery.

An opening night program and reception with Neal Harrington, Professor of Art at Arkansas Tech University, will be held on Friday, Oct 11, 6 - 8 p.m., in the CHARTS lobby.

Music will be provided by Timothy Allen, organist at St. Mark’s Episcopal Church in LR and faculty member at Hendrix College in Conway. The reception and exhibit are both free and fully accessible to the public.

Separated by about 150 years, Francisco Goya (1746-1828) and Federico Castellon (1914-1971), often appear closer to one another than to their contemporaries. Displaying little concern for the prevailing artistic trends, both artists turned their attention to the human condition. They plunge viewers into an uninhibited realm of the unconscious, a hidden world usually encountered only in dreams or nightmares with imagery that is both beautiful and disturbing.

The creative imagination of both artists can be found in a uniquely Spanish source: the duende. In Spanish folklore, the duende is a kind of goblin-like creature, a trickster and troublemaker. The great Spanish poet Garcia Lorca saw the duende as something more—the creative forces of the earth, the primordial, irrational powers that intensified life. Lorca claimed it defined the very character of the Spanish imagination. Rather than call upon the muse for inspiration, Spanish artists often wrestled with the demonic power of the duende. As the poet explained, “the duende delights in struggling freely with the creator on the edge of the pit.”

The prints in Goya's last major series, the Disparates, are some of his darkest, most enigmatic creations. Nearly thirty years earlier he was painting lighthearted scenes of leisure activities to be made into tapestries for the royal palaces. In the Disparates, some of Goya's earlier subjects reemerge as disturbing and even diabolic images. (See Feminine Folly and Merry Folly.)

Castellon was also drawn to the duende, creating work that focused on the individual’s encounter with the dark and mysterious forces of life. When a publisher proposed he illustrate a work of fiction, Castellon immediately chose Edgar Allen Poe’s story, The Masque of the Red Death. Castellon was moved by the sense of loneliness and isolation that permeated Poe's work, the “uniqueness of an individual, this kind of floating and trying to find a niche that really isn't there.”

Many artists have been drawn to things dark and fantastic, but few have probed the human condition with the insight and truthfulness found in these images. But something else is present as well. Federico Castellon believed the emotional shock we experience when looking at Goya’s etchings is caused not by their strangeness and irrationality, but by their beauty. He could be describing his own work as well.