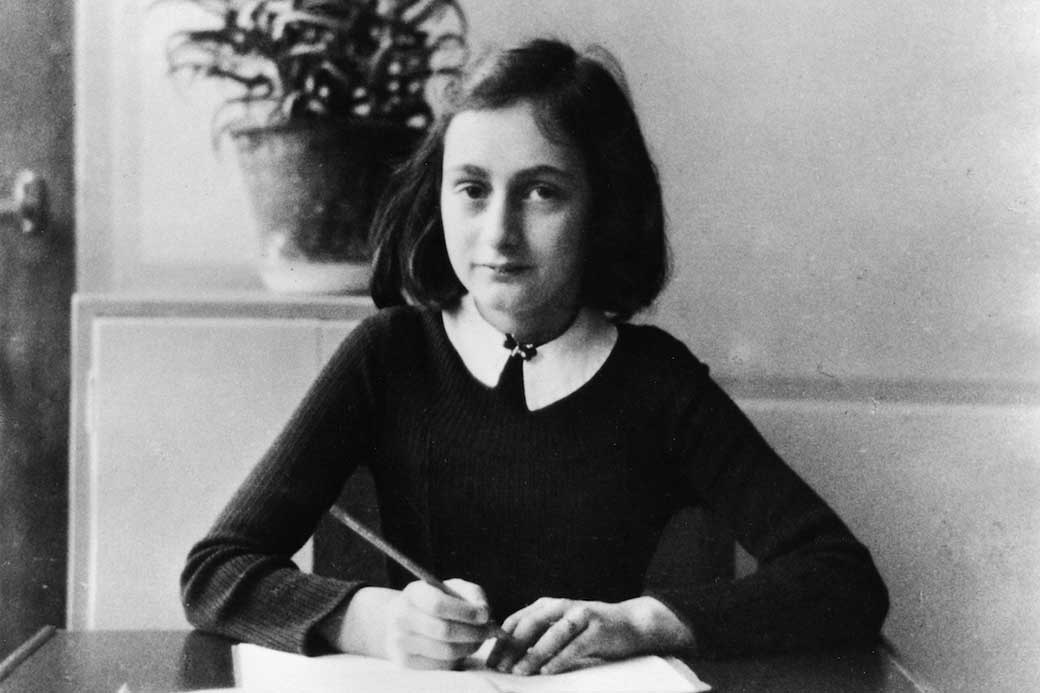 Two moving and extraordinary exhibitions from the Anne Frank Center for Mutual Respect, Anne Frank – A Private Photo Album, and Anne Frank: A History for Today, will be exhibited at Windgate Gallery and the CHARTS lobby May 17 – June 29, 2019, at The Center for Humanities and Arts (CHARTS) at University of Arkansas Pulaski Technical College, 3000 W. Scenic Drive, in North Little Rock, Ark.

In the Windgate Gallery

The last known dated picture of Anne Frank is from May of 1942, taken just weeks before her 13th birthday and two months before she went into hiding in the secret annex of her family’s home. After that, images of her life can only be found in her diary and – after her arrest – in official documents.

Her father Otto Frank survived the Holocaust. Back in Amsterdam, he discovered that albums with family photographs had been saved. We can hardly imagine his heartache when he saw these pictures again. Anne Frank: A Private Photo Album is an exhibit of these photographs, some rarely shown to the public.

Nothing we see in Otto Frank’s photos reveals the horrors that Anne and her family later endured. What we now know about the fate of Anne Frank has an effect on how the diary is perceived. Equally so, it is now impossible to view the photos that portray her life with an impartial eye.

In the CHARTS Lobby

The worldwide touring exhibit, Anne Frank: A History for Today, tells the story of Anne Frank against the background of the Holocaust and the Second World War. The exhibit consists of large freestanding panels, with photographs and text in English and Spanish, illustrating the concrete consequences of National Socialism for one particular Jewish family.

By understanding the political decisions, historical facts, and events that governed their lives, we are better able to respect the human rights and dignity of those around us and to take action where necessary to defend others against discrimination and persecution.

Local support is provided by The Philip R. Jonsson Foundation.