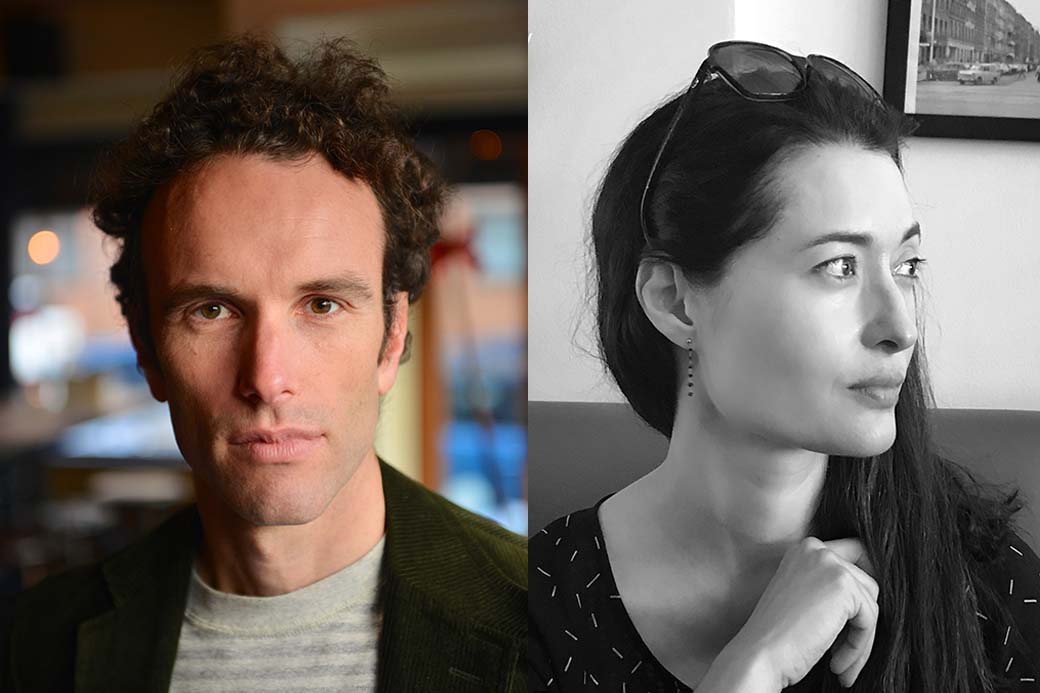 Big Rock on the Map series presents the National Book Foundation program War Is Hell with authors Elliot Ackerman and Charmaine Craig at 12:15 p.m. April 24, at CHARTS Theater on main Campus. Admission is free and the event is open to the public.

For many, times of war will be the defining period of their lives, particularly in active war zones. How can fiction speak to what many would consider unspeakable horrors, and what responsibility does the author, the renderer of suffering and trauma, have when it comes to depicting the lives and circumstances of those who are most intimately affected? National Book Award Finalist Elliot Ackerman (Dark at the Crossing) and 2017 Longlister Charmaine Craig (Miss Burma) will sit down for a conversation about the distinct challenges and rewards of committing even the most difficult stories to the page.

Charmaine Craig (pictured top right) studied literature at Harvard College, received her MFA from the University of California at Irvine, and serves as a faculty member in the Department of Creative Writing at UC Riverside, where she particularly enjoys teaching literature, the art of the paragraph, and forms of narration. Her first novel, The Good Men (Riverhead), was a national bestseller translated into six languages. Her second novel, Miss Burma (Grove)—longlisted for the 2017 National Book Award for Fiction and the 2018 Women’s Prize for Fiction—is based on the lives of her mother and grandparents, all born in Burma. Formerly an actor in film and television, she grew up in Los Angeles, where she now resides with her husband, author Andrew Winer, and their daughters.

Elliot Ackerman (pictured top left) is the author of the novels Waiting for Eden, Dark at the Crossing, which was a finalist for the National Book Award, and Green on Blue. His writings have appeared in Esquire, The New Yorker, The Atlantic, and The New York Times Magazine, among other publications, and his stories have been included in The Best American Short Stories and The Best American Travel Writing. He is both a former White House Fellow and Marine, and served five tours of duty in Iraq and Afghanistan, where he received the Silver Star, the Bronze Star for Valor, and the Purple Heart. He divides his time between New York City and Washington, D.C.

The mission of the National Book Foundation, presenter of the National Book Awards, is to celebrate the best literature in America, expand its audience, and ensure that books have a prominent place in American culture. The Foundation approaches this work from three programmatic angles: Awards & Honors, recognizing exceptional authors, literature, and literary programs; Education & Access initiatives, helping young and adult readers develop a lifelong passion for books; and Public Programs, bringing acclaimed authors to communities nationwide to engage in conversations about books and the power of literature as a tool for understanding our world, cultivating meaningful discourse around the issues of our age. Information on all of the Foundation’s programs can be found online at nationalbook.org.