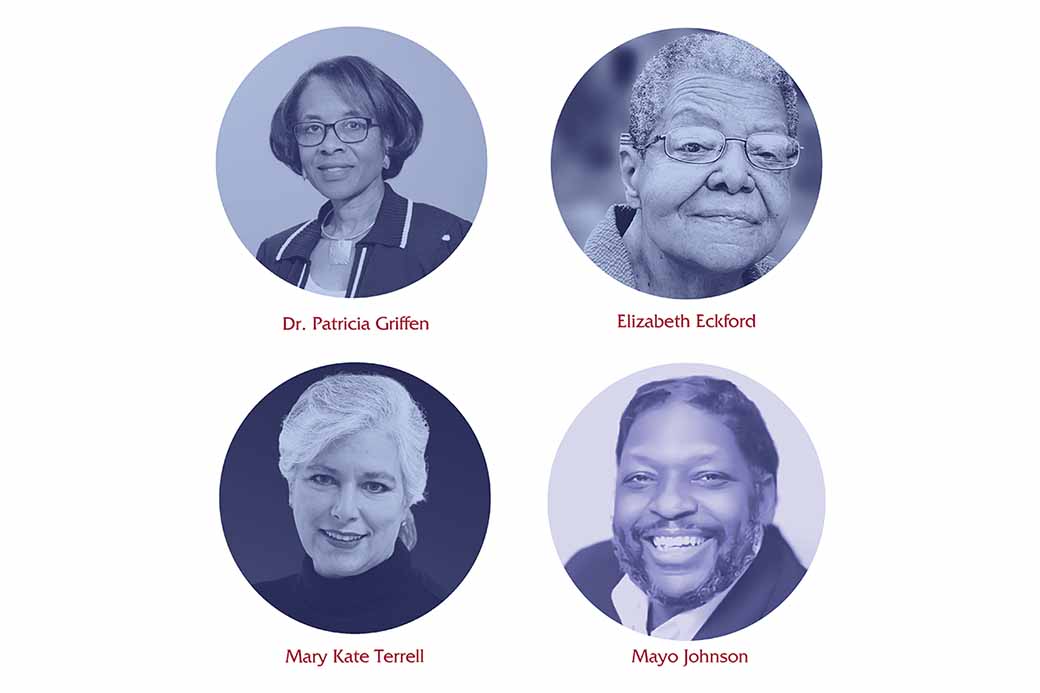 University of Arkansas Pulaski Technical College will host a panel discussion on the topic of inequity in mental health on Wednesday, Jan. 25 at 11 a.m. at CHARTS Theater on the UA-PTC Main Campus in North Little Rock. The event honors the life and legacy of the Rev. Martin Luther King, Jr.

Admission to the program is free of charge. It is open to the public as well as all UA-PTC students, faculty and staff. The event ushers in Black History month, which is observed throughout February.

Elizabeth Eckford is a civil rights leader whose experience as one of the Little Rock Nine in 1957 placed her at the center of a national crisis at 14 years of age as Arkansas governor Orval Faubus, in defiance of a federal court order, called out the Arkansas National Guard to prevent the Nine from integrating Little Rock Central High School. Among her many awards are the prestigious Spingarn Medal by the National Association for the Advancement of Colored People (NAACP) in 1958. In 1999, President Bill Clinton presented the nation’s highest civilian award, the Congressional Gold Medal, to the members of the Little Rock Nine.

In 2018, Eckford released a book for young readers, The Worst First Day: Bullied while Desegregating Central High, co-authored with Dr. Eurydice Stanley and Grace Stanley and featuring artwork by Rachel Gibson. Later in 2018, the Elizabeth Eckford Commemorative Bench was dedicated at the corner of Park and 16th streets, and she received the Community Truth Teller Award from the Arkansas Community Institute.

Dr. Patricia L. Griffen is a practicing clinical psychologist. She has held positions as director of Psychological Services for Adolescent Inpatient Treatment for the Arkansas Mental Health Services Division, director of South Pulaski Services for Central Arkansas Mental Health Services, and psychological consultant for Restore Drug, Chemical Dependency, and Eating Disorder Program at Riverview Hospital and St. Vincent Medical Infirmary. Currently, she is past president of the Arkansas Psychological Association, former chair of the Arkansas Psychological Association’s Diversity Committee, past president and founding member of the Arkansas Association of Black Psychology Professionals, and a member of the Association of Black Psychologists. She was appointed and served a five-year term on the Arkansas Board of Examiners in Psychology. Dr. Griffen has been involved in social advocacy work in the field of mental health at the state and federal levels. Dr. Griffen works in private practice in Little Rock.

Mary Kate Terrell is an Assistant Teaching Professor of sociology and anthropology at the University of Arkansas - Pulaski Tech. She teaches anthropology, sociology, geography, and gender studies. Mary Kate’s focus is socio-cultural anthropogeography concentrating on the intersectionality of gender, religion, and social status in the South. Her degrees include an MLA from Henderson State University and MA from Arkansas State University. Her 16 years at the College includes a time as the director of records.

Mary Kate holds certificates in Diversity, Equity, and Inclusion in the Workplace and Workplace & Personal Wellness Foundations from the University of South Florida MUMA College of Business. She has credentials in Effective College Teaching and Teaching for Equitable Learning from the Association for College and University Educators (ACUE).

Mayo Johnson is a native of Little Rock. He is Assistant Teaching Professor of Computer Science at the University of Arkansas - Pulaski Tech where he teaches Information Security and has worked as a Faculty member since 2001. He graduated from Hall High School and has a Bachelors Degree in Computer Information Systems from the University of Central Arkansas and a Masters Degree in Computer Information Management from Webster University. He worked at Acxiom Corporation as System Analyst/Administrator and worked as Technology Consultant in London, UK where he also studied International Information Management at Regents University. He is a member of the UA-PTC Cultural Diversity and Community Involvement Committee and Promotion Rank Committee and a former CIS Department Chair and Faculty Senate Chair. Mayo has University Teaching Certifications from the Association of College and University Educators (ACUE) and Johns Hopkins University. He is a former Chair of the Little Rock Racial and Cultural Diversity Commission (RCDC) and led policy development by coordinating efforts to produce data showing the demographic composition of all City Boards and Commissions with the goal of inclusiveness in appointing citizens that reflect the diversity of the city. He also has moderated a series of Community Forums on Race and Culture during the 50th Anniversary of the desegregation of Little Rock Central High School in 2007. He collaborated with Dr. Michael Eric Dyson as moderator for the UA-PTC Dr. Martin Luther King, Jr. virtual event in 2021 themed Equity and Social Justice in the Pandemic.