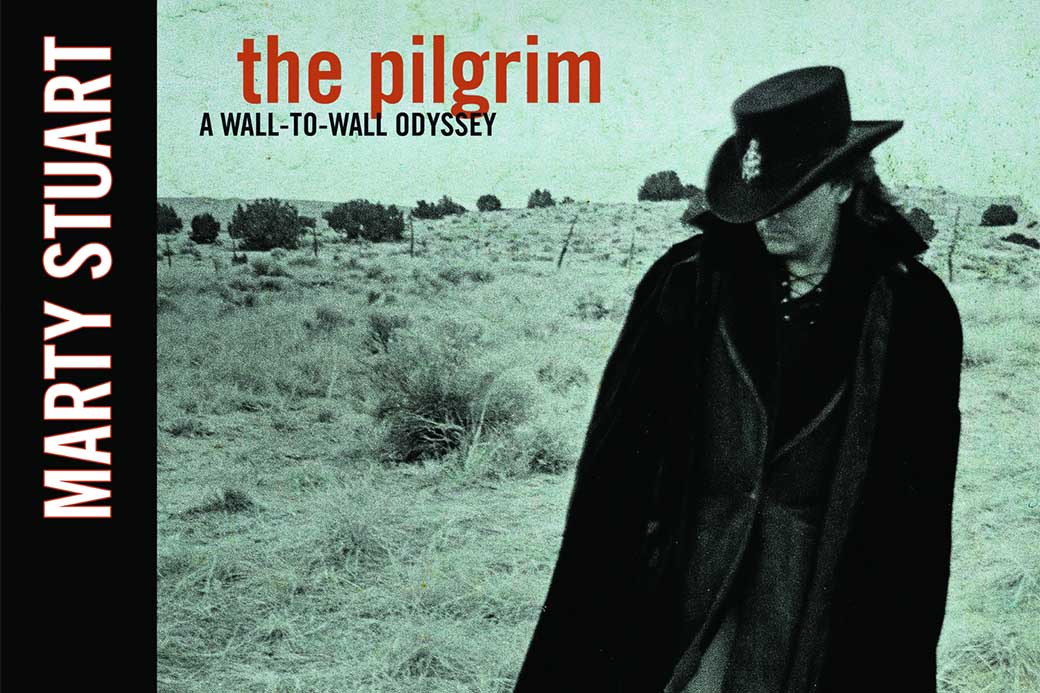 Marty Stuart celebrates the 20th anniversary of his album, The Pilgrim.  It is a concept album, telling the story of a man (The Pilgrim) from Marty Stuart's hometown of Philadelphia, Mississippi. Marty plays the role of the Pilgrim, as well as other roles. It was a significant move in Stuart's career, as prior to The Pilgrim he had been focusing more on trying to get a hit song instead of making the music that really mattered to him. This show will feature Marty Stuart and His Fabulous Superlatives playing the songs from The Pilgrim in the first set, also accompanied by a multi-media show on which Stuart will provide commentary.  The second set will be an offering of Stuart’s hits featuring His Fabulous Superlatives.

Mississippi-born Marty Stuart is a Grammy Award-winning singer, songwriter, and virtuoso musician who got his start performing with Johnny Cash in 1979. As a 13-year-old he played mandolin on the road with Lester Flatt and his band The Nashville Grass. As a young artist he met and performed with many of his heroes, a diverse group that includes Bill Monroe, Chick Corea, the Eagles, Emmylou Harris, Willie Nelson, and Bob Dylan.

As a solo artist he has explored rockabilly, contemporary country, and more traditional sounds. In 1992, Stuart partnered with Travis Tritt to win his first Grammy Award for Best Country Vocal Collaboration for "The Whiskey Ain't Workin'. " The next year, Stuart won a Grammy Award for Best Country Instrumental Performance with "Red Wing," a collaboration with Chet Atkins, Vince Gill, and others.

Stuart released The Pilgrim in 1999. Emmylou Harris, Earl Scruggs, and Pam Tillis contributed to the project.  Nashville Scene said of the record, “Over the course of a theme album about betrayal, death, love and renewal, Stuart exploits all of his loves and talents -- bluegrass, honky-tonk, country-rock -- to explore the heights and depths of the human experience.”

Stuart was recently featured as a prominent figure in the popular TV documentary, PBS Country Music: A Film by Ken Burns. Not only was he featured as a musical torchbearer for country music with his own musical career, but he’s considered a great musical historian and country music memorabilia collector, owning one of the largest, private collections in existence.

Opening the show will be the legendary Buck Trent, who Stuart calls, “country royalty.” Trent is known for his signature five-string banjo that made the “Porter Wagoner Sound.” He also played on many of Dolly Parton’s hits, “I Will Always Love You,” “Jolene,” and “Coat of Many Colors,” to name a few.  He went on to be a regular on Hee-Haw and played alongside Roy Clark and toured the world. Trent and Clark were the first country music act to ever tour the Soviet Union. He also was named “Instrumentalist of the Year” by the Country Music Association in 1975 and 1976.

Most recently, Trent was the only guest invited by Dolly Parton to appear on stage with her at her sold out performances celebrating the 50th Anniversary her first appearance at the Grand Ole Opry in October. The show was made into a two-hour special, “Dolly Parton: 50 Years at the Grand Ole Opry,” that will premiere on NBC on Tuesday, Nov. 26 from 9 – 11 p.m. E.T.