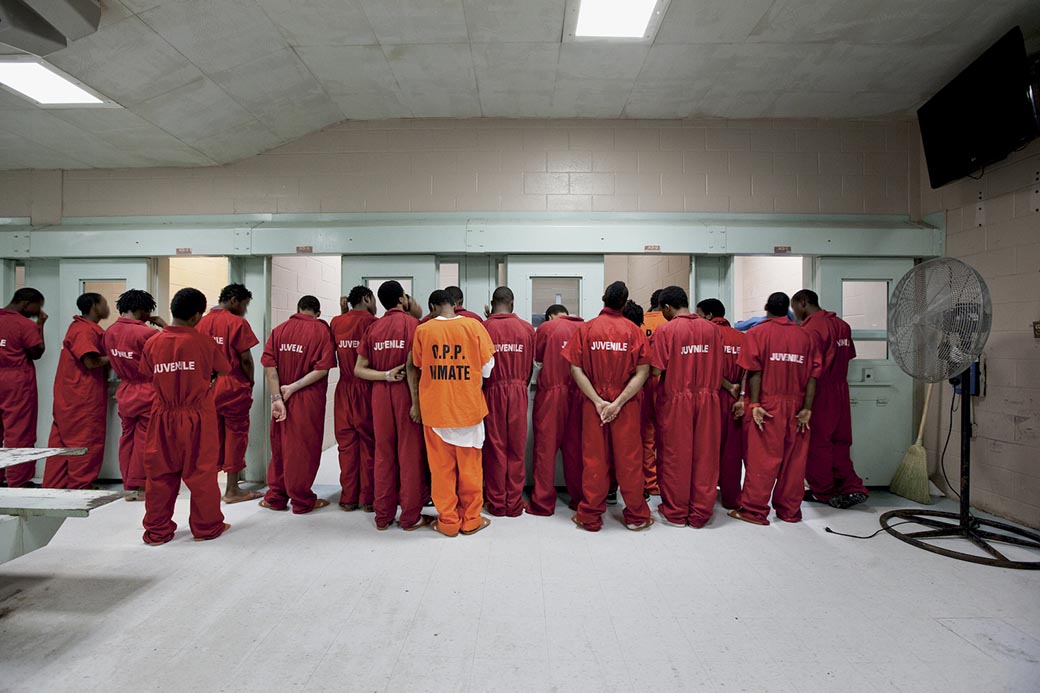 September 19, 2018
Juvenile-in-Justice, a stirring exhibition of photographs of juvenile inmates by Richard Ross, will be displayed Oct. 26 – Dec. 14, 2018, at Windgate Gallery in The Center for Humanities and Arts (CHARTS).

An opening night reception will be held 6 - 8 p.m. on Friday, Oct. 26, and will include a gallery talk at 6:30 p.m. with Jimmy McGill, State Peer Recovery Coordinator with the Arkansas Drug Director's Office.

Photographer Richard Ross captured images of over 1,000 juvenile inmates housed in over 300 detention centers and correctional facilities throughout the U.S. and Canada. According to his website, the "Juvenile in Justice" project explores the "treatment of American juveniles housed by law in facilities that treat, confine, punish, assist and, occasionally, harm them." The hope is that by seeing these images, people will have a better understanding of the conditions that exist," he writes on his website at www.juvenile-in-justice.com.

Richard Ross is a photographer, researcher, and professor of art based in Santa Barbara, California. He has been the recipient of grants from the National Endowment for the Arts, the Annie E. Casey and MacArthur Foundations. Ross was awarded both Fulbright and Guggenheim Fellowships. His most recent work, the -- in Justice series, turns a lens on the placement and treatment of American juveniles housed by law facilities that treat, confine, punish, assist, and, occasionally, harm them. Two books and traveling exhibitions of the work continue to see great success while Ross collaborates with juvenile justice stakeholders, using the images as a catalyst for change.

Ross' work has been exhibited at the Tate Modern, London; National Building Museum, Washington D.C.; Aperture Gallery, New York; ACME Gallery, Los Angeles; and the San Francisco Museum of Modern Art, San Francisco. He was the principal photographer for the Getty Conservation Institute and the Getty Museum on many of their architectural projects. He has photographed extensively for the New York Times, Los Angeles Times, SF Examiner, Vogue, COLORS, TIME, Newsweek, Le Monde and many more. A dozen books of his work have been published including Juvie Talk: Unlocking the Language of Juvenile Detention 2017, Girls in Justice 2015, Juvenile in Justice 2012, Architecture of Authority (Aperture 2007), Waiting for the End of the World (Princeton Architectural Press 2005), Gathering Light (University of New Mexico 2001) and Museology (Aperture 1998). Ross is a Distinguished Research Professor at the University of California, Santa Barbara, where he has taught since 1977.