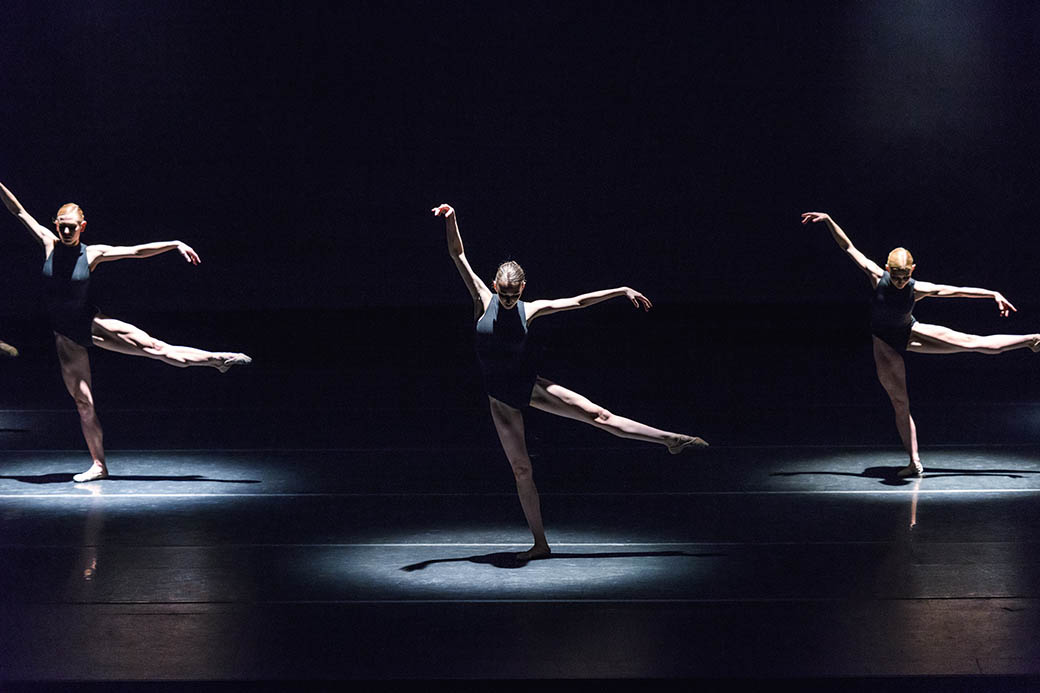 The University of Arkansas – Pulaski Technical College is pleased to announce a new collaboration between the School of Fine Arts, Humanities, and Social Sciences and Ballet Arkansas, the state’s premiere dance organization.

Beginning in the fall 2018 semester, Michael Fothergill, executive and artistic director of Ballet Arkansas, will teach a newly-created three hour dance class entitled, Let’s Get Moving: A Stimulating Introduction to the Fundamentals and History of Dance Performance and Dance Making that will take place in the Performance Studio dance facility within The Center for Humanities and Arts. The class will expose students to the history of the art of dance while introducing basic principles of dance movement and choreography. Current events that impact the state of dance throughout the world will be discussed.

“Dance as an art form changes lives and teaches students to embrace and empower their own creativity,” said Fothergill. “Exposure to a structured hybrid dance class is invaluable for students at UA-Pulaski Tech. Through the exploration of multiple facets of this art form, students will fully understand the cultural importance of the arts within our society, the historical evolution of dance, and the application of its principles in our daily lives.”

In addition, Erin Anson Ellis, General Manager of Ballet Arkansas, will assist in teaching the existing Stagecraft/Lighting Technology class. Ms. Ellis will also serve as Production Consultant for the Theater Department’s productions. Ballet Arkansas will also provide teaching staff during the College’s summer CHARTS Academy for teenagers and plans to develop fall and spring internships for UA-PTC students in areas such as technical theater, business, marketing, or otherwise.

Students interested in signing up for the dance class or the stagecraft/lighting class should contact Dr. Barry McVinney at [email protected] or 501-812-2383.

“Ballet Arkansas is looking forward to collaborating with UA-PTC for our 40th Anniversary season, during which we will present three of our four main stage performances at the CHARTS theater,” said Ellis. “With my background being in Theater Arts, I am thrilled to have the opportunity to teach the UA-PTC stagecraft students, train them to run the theater department's productions, and supply them with the tools they need to utilize the fantastic CHARTS theater space to its full potential. The new CHARTS facility is perfect for presenting dance performances, and the staff are so accommodating, that it feels just like a second home.”

For more information or to buy tickets, inquire here: https://www.uaptc.edu/ballet.

“UA-PTC has on its main campus one of the finest performance venues in the State of Arkansas, and we’re thrilled that our students will be able to learn from such esteemed members of the arts community,” said Dr. Christy Oberste, dean of the UA-PTC School of Arts, Humanities, and Social Sciences.

Michael Fothergill began his training in central Iowa, and furthered his dance education as a full-scholarship recipient of the Milwaukee Ballet School, Boston Ballet School, and the School of American Ballet. Following an early graduation from high school, Mr. Fothergill accepted an invitation to train extensively with American Ballet Theatre. During this tenure, he instructed at Steps on Broadway and the Peridance Capezio Center, and subsequently accepted prominent appointments as a principal dancer in companies across the United States and abroad. Mr. Fothergill has danced the male leads in the classical staples, as well as in works by Ashton, Balanchine, Baryshnikov, De Mille, Dow, Duato, Fokine, Fosse, Kylian, Massine, Prokovsky, Robbins, Tharp, and Tudor, among others.

Within the last 12 years, Mr. Fothergill’s choreography has been performed across Japan, Iceland, Australia, France, Romania, Dubai, Spain, Puerto Rico, Mexico, and throughout the United States. Most recently, he was commissioned to create new works for Japan Ballet Association, Balleteatro Nacional de Puerto Rico, and Les Ballets de France. His choreography was featured in the international documentary “Dance the Dream at 50” produced by acclaimed filmmaker Richard Karz. Mr. Fothergill was a 2017 Winter Visions Choreographic Competition finalist, and his work was previously selected for display at the European Contemporary Choreographic Initiative.

As an educator, he frequently travels across the United States, Canada, Japan, and France. He is a frequent guest instructor for the Cecchetti Council of America where he is the founding Artistic Director of the Enhanced Men’s Training Program. Mr. Fothergill recently completed his fourth year on the faculty of Samford University, located in Birmingham, Alabama. This year marks his return appointment to the distinguished panel of judges at Japan Ballet Association’s Hokkaido Ballet Competition. Mr. Fothergill has recently been appointed the Executive and Artistic Director of Ballet Arkansas after a 7-year stint as principal dancer and choreographer with the Alabama Ballet.

In addition to her work at Ballet Arkansas, Ms. Ellis’ credits include stage managing the 2015 Back to School and 2016 Happy Feet Shuffles and Ballet II Dance Recitals, 2015 ACANSA performances by PUSH Physical Theatre and Urban Bush Woman, and the Bill Bowers’ 2014 ACANSA performances of It Goes Without Saying. While at UA Little Rock, she directed the 2012 production of Criminal Hearts, several student fringe productions between 2008 and 2013, and served as the lighting designer for the Artists in Resonance summer dance concert for three years. Her acting credits include the roles of Viola in Twelfth Night, The Jester in Once Upon a Mattress, Yvonne in The Ladies Man, Kate in Kate Crackernuts, Roberta in Danny and the Deep Blue Sea, to name a few. In 2008 she traveled to Canterbury, England to perform various roles from the works of Christopher Marlowe for the International Marlowe Conference at the University of Kent. Ms. Ellis was also an ACANSA Avant Garde Honoree and winner of the Bylites Employee of the Year Award in 2016

The Center for Humanities and Arts (CHARTS) is on the University of Arkansas-Pulaski Technical College Main Campus in North Little Rock. Opened in 2016, the 90,000 square-foot facility houses a 452-seat proscenium theater for concerts, theater performances, recitals and other events. In addition, CHARTS houses the Windgate Gallery for art exhibits. The CHARTS lobby and the adjacent Performance Studio are popular rental spaces for receptions and events. www.uaptc.edu/charts. For more information, contact Shannon Boshears, UA-PTC vice chancellor of advancement, at (501) 812-2221 or [email protected].